An interview with Jahli about Monsters…

One. Where do monsters come from?

They come from my brain. 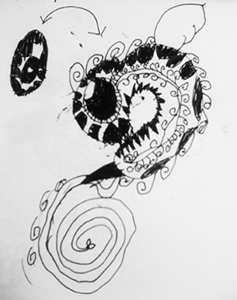 Two. Where in your brain?

From the ideas section.

Three. Do monsters exist in your brain?

Yes and no. No as they are not real they are just in my brain and yes because I can see them.

Four. If your monsters had a party what would happen? 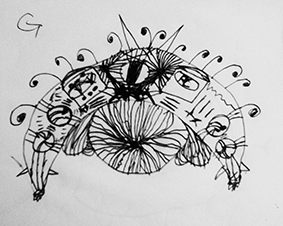 Five. Close your eyes, what monsters do you see?

A red giraffe, blue spots and a tail that is a lion’s tail and spikes on his back. And the legs of a lion. It eats fruit and meat. 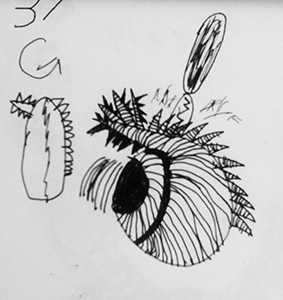 Six. What would the world be like if there were no monsters?

Good questions. It would be a monsterless place but it would be a problem because monsters do help the world. 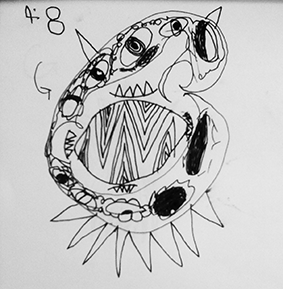 Seven. Should we rename the word ‘Monster?’

No I like the word monster, it is nice.

Why we are running an alternative education camp

I want your weird ideas and then to make you art

Keeping Kids and Ourselves Creative is so Important in Challenging Times

Our Unschoolers want projects! Ideas for Project Based Learning.

A Project on Surrealism

An Artist called Borghi and his Challenge from my Granddad.

My Review of the Game Terraria

What Happens to your Teeth

Previous Post The Haunted House Next Post How does a day play out in an unschooling household?