Our children do not go to school and they love it.

They have no uniforms, there is no homework to be done, no tests to be taken, no sticker charts, no lunch boxes to pack, no exams to pass. If schooling was a train then they are not on it, they are not even on the platform and if learning was an ocean then they are in it riding the waves and nobody is telling them how to swim. 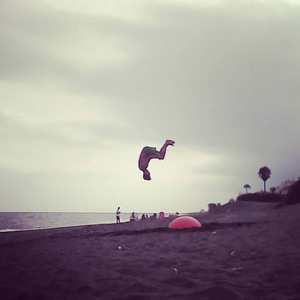 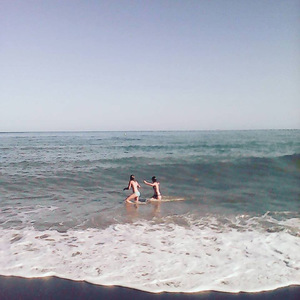 We don’t tell them what they have to learn, they don’t follow a curriculum, they follow their passions and they learn where they feel it is necessary to learn and where they enjoy learning. When we were in Italy they wanted to learn Italian, they needed to, there were no Italian lessons, they were immersed amongst children who spoke Italian, in order to be understood they had to know the language. Now at the moment we are in Spain and we are with a group of German speaking, Spanish speaking, English/Italian speaking children. So all of a sudden they want to learn more languages, languages are being learnt, German, Spanish, English and Italian everyone is sharing and learning each others languages. Our son who mainly speaks English talks to a German boy in Italian and that boy answers in Spanish, somehow they communicate. There is a lot of laughing, a lot of ‘mistakes’ and you can often hear ‘Let’s ask Google’ when they can’t understand a word. 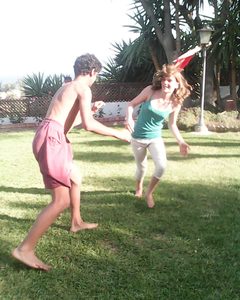 This to me is so heart-warming to see our children not only exchanging languages but skills, ideas, jokes, dance moves, Capoeira lessons, drumming lessons, it is all going on prompted by the children there is not an adult leading the process, no one is making them do lessons they are leading their journeys themselves. Adults in this household are the background hum, looking in from the sides. There is no us and them, I really am not interested in the speed in which they learn something, I don’t care if reading and writing comes ‘late’ there is no ‘late’ in this process there just is the time when it clicks, or not. Letting go of an agenda has been one of the hardest lessons for me as a parent but as time goes by it becomes easier, it becomes normal whether they are learning or not becomes almost irrelevant it just is a given that they are learning all the time. What they learn is less important than how they learn, as when they are driven by passion and the learning knows no bounds. I remember when I was at 6th form college trying to study Shakespeare. The classes were so dry and I was 100% sure that I would never understand this weirdly written text. I quit the class. Then when I went to drama school I was taught by a brilliant inspiring teacher and I got it, I understood because I was thoroughly engaged, at that point I was not aware that I was learning I was just quite simply totally engaged in what was going on.

One of the children here just told me he woke up very early and went to watch the sun rise over the sea with his friend. Then they walked back. I said to him ‘You have a nice life’ and he said ‘Aufjedenfall’ I said ‘what does that mean?’ we both laughed and said ‘Let’s ask Google!’
When I see the freedom that our kids have, I am aware that it may well have come at a cost to us in some ways as we have had to learn to live with less income. We have traded little money for a lot more time. But I feel richer than I have ever felt as I can’t get these years back and I wouldn’t change this for the world.